10 Things to Know Before Moving From San Diego to Chicago

10 Things to Know Before Moving From San Diego to Chicago 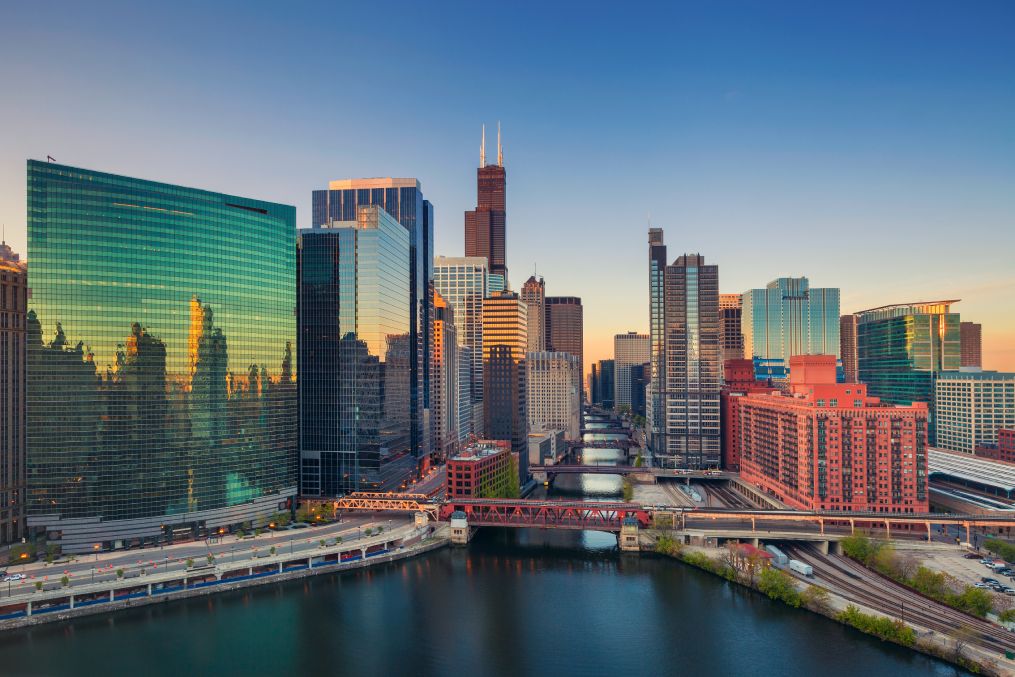 Moving from San Diego to Chicago? While the move more often goes in the other direction, thanks to San Diego’s perfect weather, abundant employment opportunities and beaches, Chicago has a lot to offer. However, America’s Finest City and the Windy City are also very different from each other in everything from weather to crime, safety to culture. Before you make your move, familiarize yourself with the 10 most significant changes you can expect to see between the two cities. 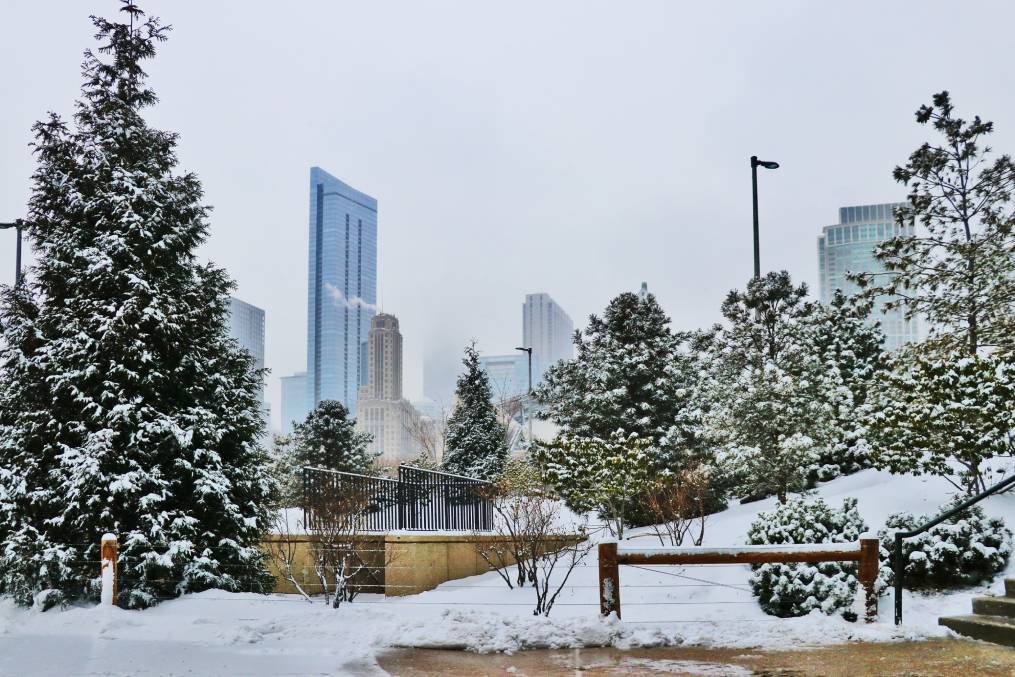 Winter Chicago cityscape with downtown skyscrapers in a mist and trees covered by fresh snow on a foreground. Snowy day in Chicago.

Chicago is different. There are several characteristics that define its weather. The first is the wind. While its moniker, the “Windy City,” came from the reputation of its politicians for being full of “hot air,” the city is still known for having regular, breezy gusts. Most of these do not exceed 10 mph, but they are a consistent feature of the weather here, and can be particularly cold during the city’s frigid winters.

Cold, snowy winters are a Chicago specialty.  Expect average highs between 30 and 38 degrees, with the wind off of Lake Michigan making it feel much colder. Plus, expect about 37 inches of snow over the course of the winter. That usually translates into many smaller snowstorms rather than big blizzards.

Finally, expect to find all 4 seasons in this city, including long, humid summers that make swimming in Lake Michigan a favorite pastime. Distinctive changes in weather, beautiful fall foliage, and warmth through the summer season make for an exciting and rewarding climate that is, however, much different from San Diego. You will need to pack clothing appropriate for all kinds of weather in order to stay comfortable there. 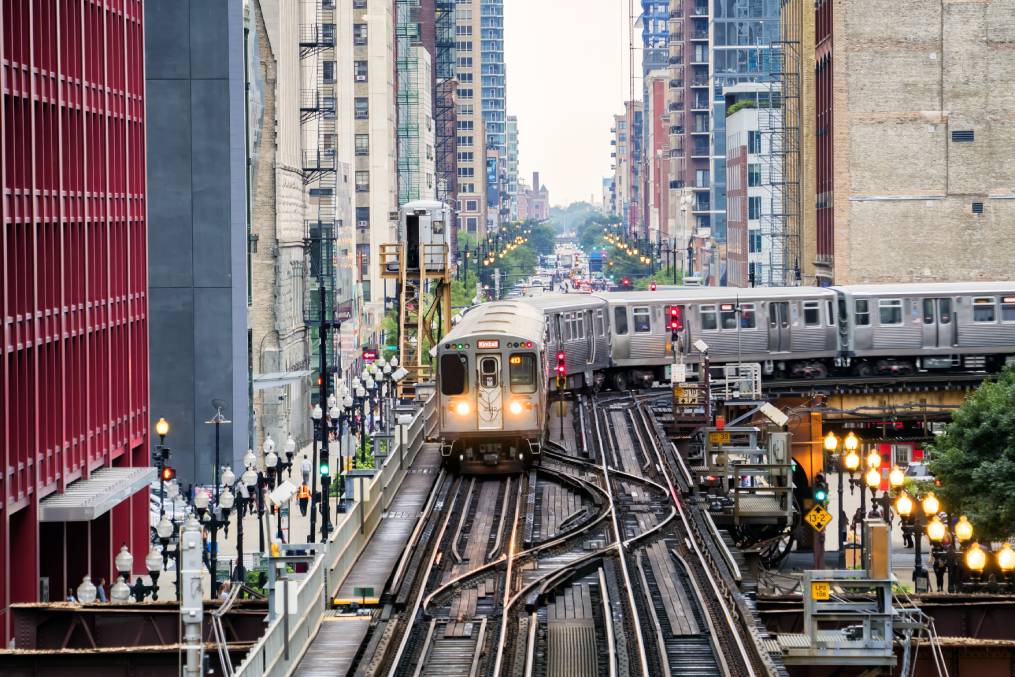 When it comes to getting around Chicago, you should plan to bring your car if you are going to live in the suburbs and may enjoy have a car available if you live closer to downtown. However, Chicago traffic, particularly downtown, is notoriously difficult to navigate, with rush hour traffic creating jams between 6 a.m. and 8 a.m. and 4 p.m. to 6 p.m. In order to move efficiently about the city, you may want to avoid driving at these times. Plus, parking fees are high in the city, between $4 and $7 an hour (or sometimes more in popular parts of the city). Plan accordingly when thinking about your day.

The good news is that Chicago also has a strong and affordable public transportation system within the city (But not the suburbs). Consisting of trains and buses, the system costs $2.50 per ride and can take you to any one of 145 stations, along 140 routes through the city. For a day trip in the city, commuting to work, or even living near downtown, this system may be a better option to public transportation.

If you want a healthier alternative mode of transport, you can also take advantage of the city’s bike rentals. With more than 570 bike rental docking stations around the city, and many bike lanes, you can easily bike your way to your downtown destinations. 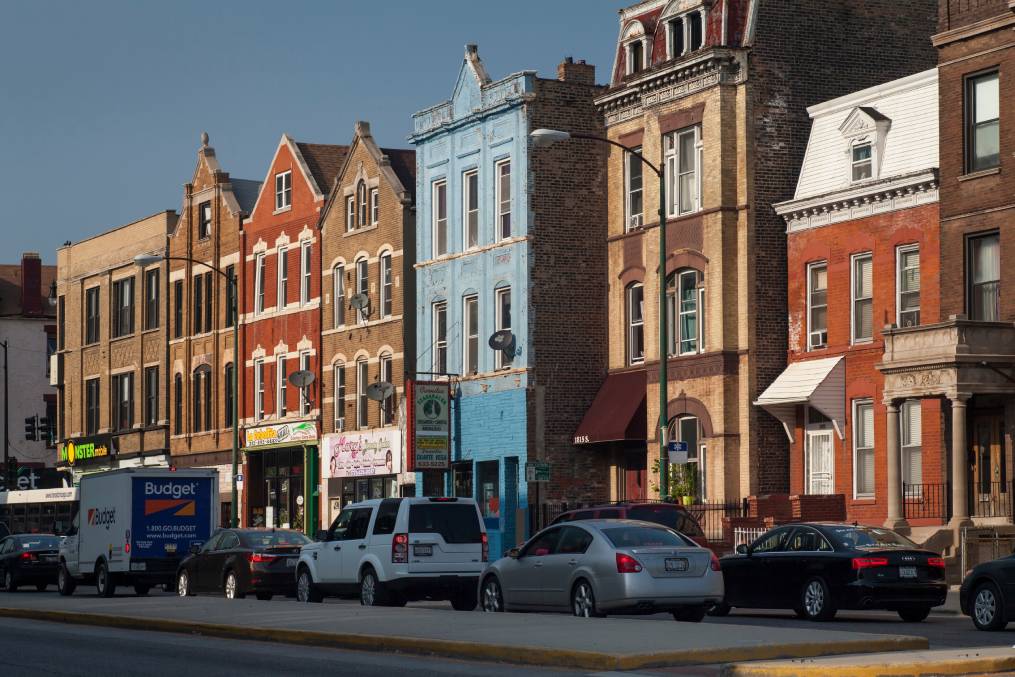 As one of the top 10 most expensive cities in the United States, San Diego has an extraordinarily high cost of living that is 60 percent greater than the national average.

That means that moving from San Diego to Chicago will deliver a noticeable reduction in your monthly bills. Chicago’s cost of living is much closer to the national average, with many essentials, such as food, housing, and utilities, falling below the average. You can also sell your San Diego property and more easily purchase your dream home in or near the city.

One cost of living consideration that will not be lower than the national average, however, is the property tax for the city. As the second-highest in the country, Illinois’ average property tax is still lower than McHenry County’s 2.8 percent tax. That can make the ongoing costs of owning a home more expensive than in other parts of the nation. 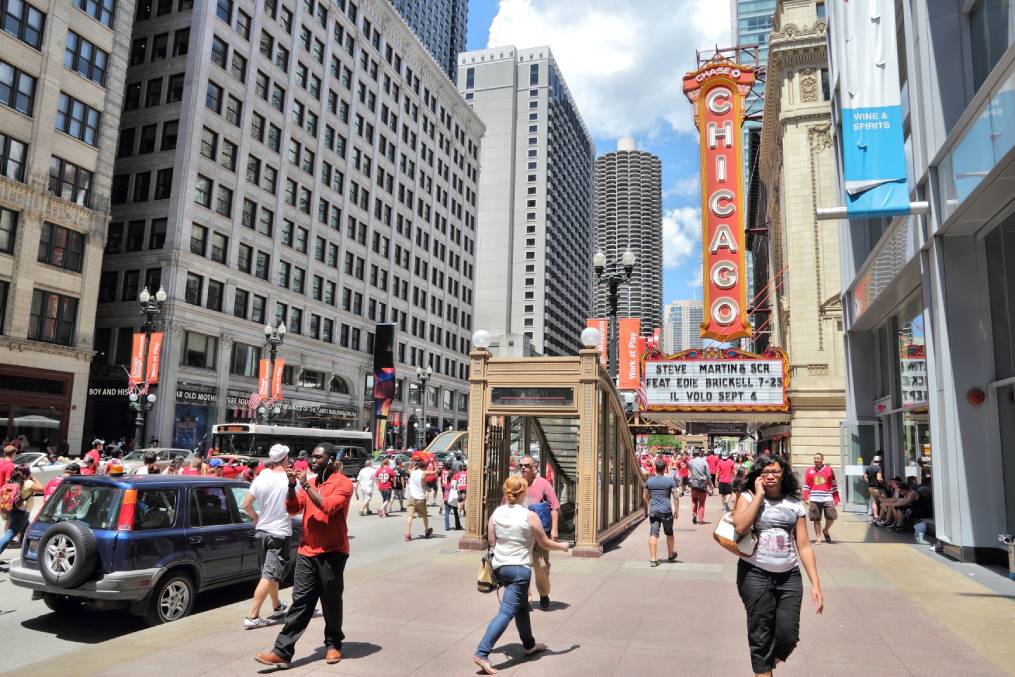 Chicago is the 3rd largest city in the United States and, with a population of 2,677,643, it is significantly larger than San Diego. Expect the city to be frequently busy, with large crowds, especially during popular tourist seasons. The level of crowding may be similar to your experience in San Diego. The two cities have similar levels of crowding, thought Chicago will have more crowds due to its larger population.

In addition to crowds, however, Chicago also boasts wide diversity among its residents. Some of the more than 100 languages you may hear spoken in the city include English and Spanish, Russian, Hindu, Urdu, Arabic, and Italian. As a home for immigrants, Chicago has cultural neighborhoods and enjoys the contributions of many different cultures to enrich its activities, foods, events, and customs. 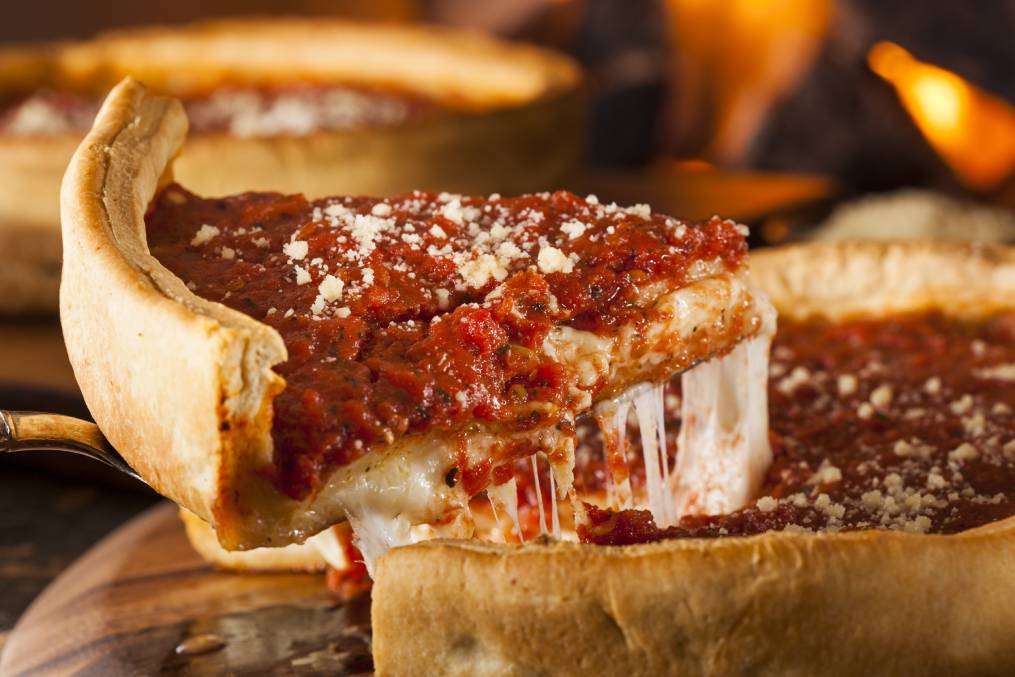 When moving from San Diego to Chicago, you are moving to a location where you will never lack for incredible food to enjoy. The Windy City’s trademark meal is deep dish pizza, served at iconic places such as Lou Malnati’s.

In the mood for something other than pizza? Try the famous Chicago hot dog, with chopped onion, green sweet pickle relish, a dill pickle spear, a tomato slice, pickled sport peppers, and celery salt, all served with the hot dog in a poppy seed bun. Or indulge in other classic dishes in the city, such as Italian sandwiches, tamales, ribs, and even pierogies.

That being said, you can find safe places to live in the Windy City. Some of the safest neighborhoods include Forest Glen, Lincoln Park, Lake View, and Norwood Park. Find a secure place to reside, and the higher crime rates may not be a big issue after your move.

Chicago consists of many different neighborhoods. The best part? Each of these neighborhoods is unique, providing a way for you to find the perfect place to live for your needs. While some neighborhoods can be dangerous, many of them are safe, secure, and full of personality and fun. Here is a glimpse at three of the best:

River North & Marina City is a wonderful place for those who love art. This cultured neighborhood filled with spectacular art, skyscrapers, and the renowned House of Blue Chicago promises endless access to some of the city’s best artistic achievements.

This neighborhood is ideal for young families. This lakefront area of the city is just one mile from downtown, but boasts access to Lincoln Park, endless attractions and museums for the whole family, and a view of the skyline.

Healthcare is abundant and inexpensive in San Diego. However, Chicago also offers high-quality healthcare to its residents. In 2019, the city was ranked in the top 100 in the nation for the quality of healthcare. Highly-ranked hospitals in the city include the University of Chicago Medical Center, Rush University Medical Center, and Edward Hospital. While they may not rank higher than San Diego hospitals, they offer access to sound healthcare for any of your needs. 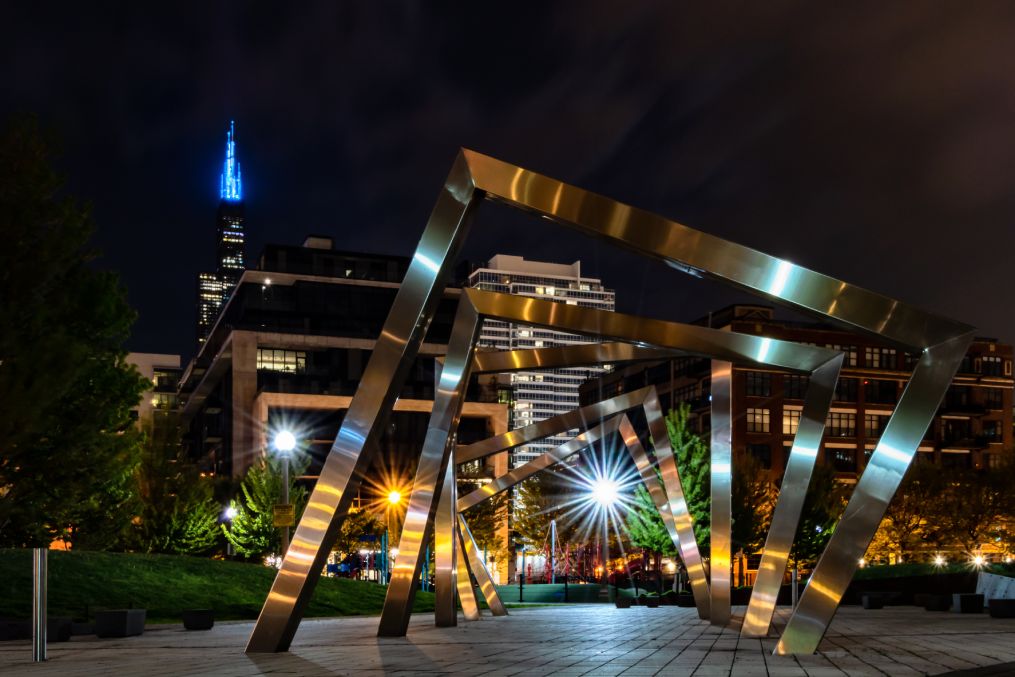 If you like to shop or eat, the Magnificent Mile has the entertainment you need. This stretch of Michigan Avenue is packed with fine dining, luxury shopping, retail stores, and more.

Grant Park’s 313 acres of open green space is a refreshing oasis in the city’s urban environment. Discover an aquarium, museum, art institute and more here, and get easy access to Millennium Park’s stunning art and architecture.

Learn about the history of Chicago. Take a boat tour on the river. Enjoy a walking tour of the city. Chicago offers many exciting tours to fit your interests and help you get to know the city better. 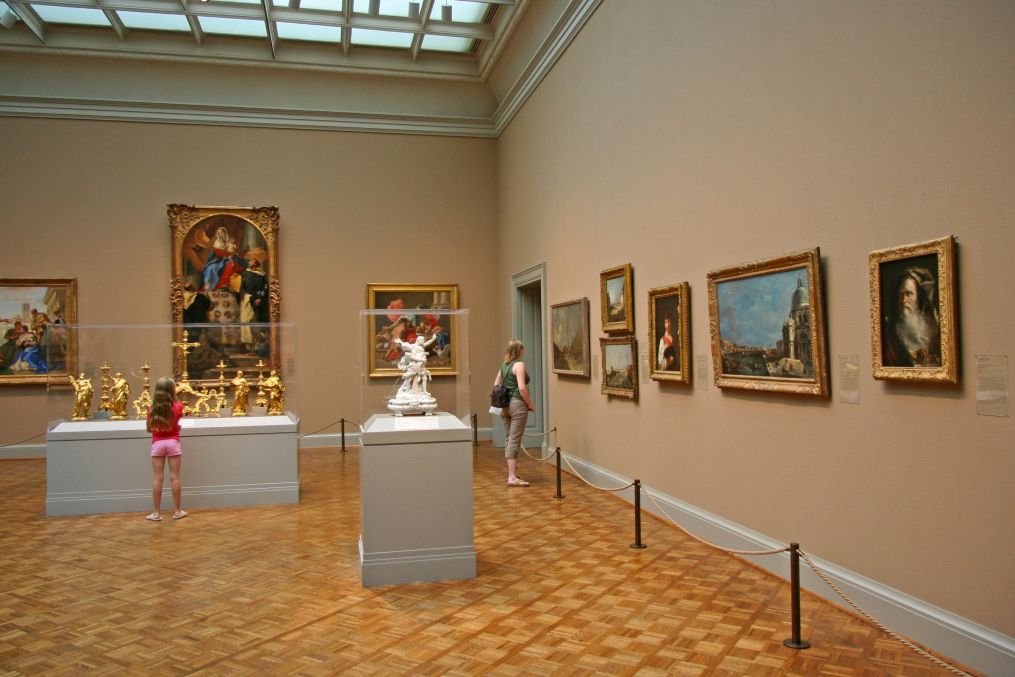 CHICAGO – JUNE 2006: Chicago’s Art Institute has a large collection of decorative art including the works of the Old Masters as seen here.

Chicago is home to many museums. Visit the Museum of Science and Industry, the Art Institute of Chicago, the Field Museum, and more. Indulge your interests, or discover new ones, at any of these fascinating destinations.

The iconic Wrigley Field calls Chicago home. Take the opportunity to watch the Cubs play in an historic park with character, charm, and history in every seat. 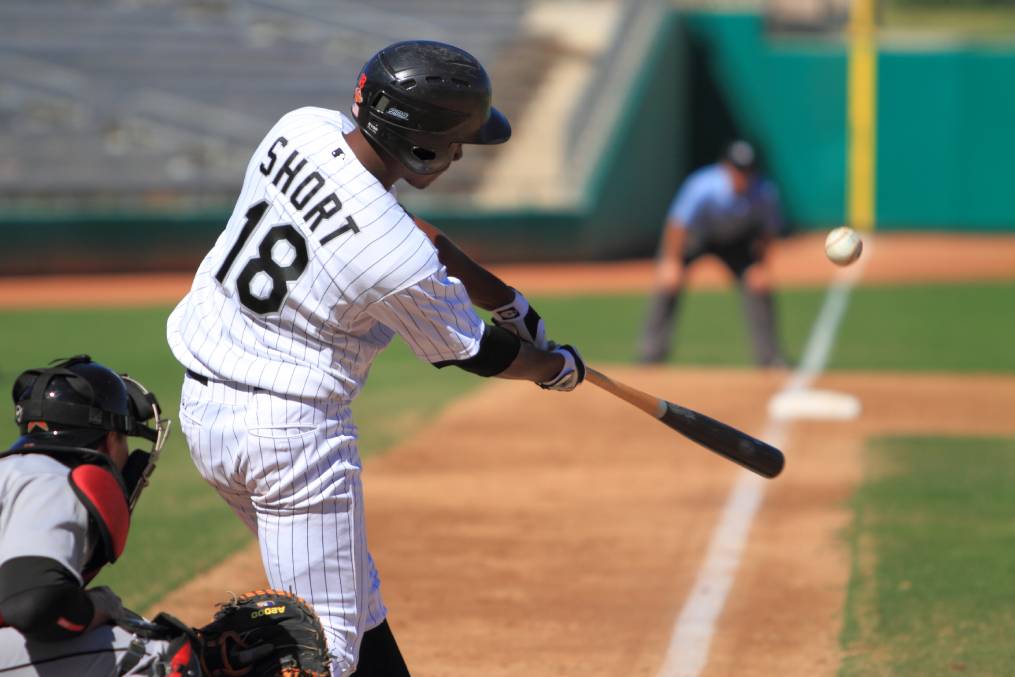 Chicago loves its baseball. If you are moving from San Diego to Chicago, prepare to choose between the Chicago White Sox and the Chicago Cubs, because being a fan of one or the other is almost required to be a Chicago resident.

If baseball isn’t your preferred sport, you can also find basketball Chicago Bulls), football (Chicago Bears), and women’s basketball (Chicago Sky). That means plenty of opportunities to become a sports fan or nurture an existing love of sports. 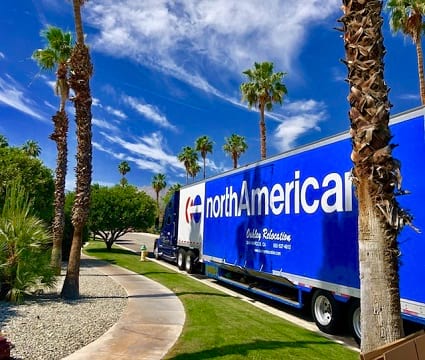 When you are ready to move from San Diego to Chicago, you will need one more thing to make your move successful: A reliable, expert mover. Oakley Relocation has provided 5-star, full-service residential moving services since more than a decade. We have the ability to create a seamless and smooth transition to Chicago or anywhere else you want to go. From moving services for seniors to long-distance moves, we have the services you need to successfully relocate.

View all Posts from this Blog