10 Things to Know Before Moving From San Diego to NYC

10 Things to Know Before Moving From San Diego to NYC 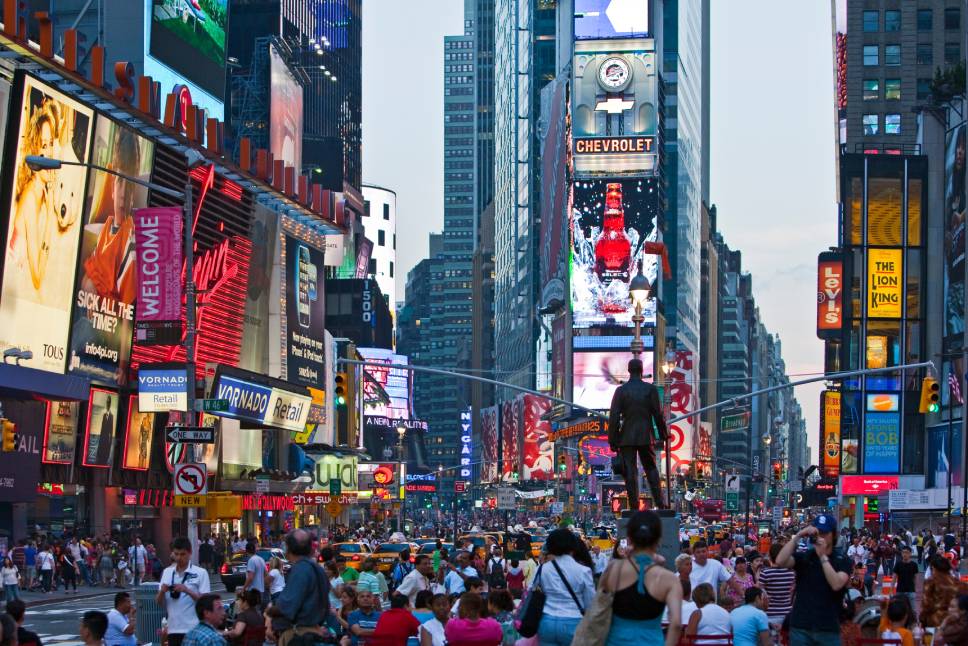 When compared to San Diego, New York is still slightly more expensive. You can expect dramatic increases in areas such as healthcare and transportation, though you may pay a little less in housing. New York City’s average housing costs are $654,300, while San Diego’s are $812,100.

In light of these expenses, you should plan to live on at least as much of an income as you did in San Diego, though a higher income would make the transition to the slightly higher cost of living easier to navigate.

Considering the sky high cost of transportation in NYC, you may want to consider walking more when you make your San Diego to NYC move. The Big Apple is considered the 2nd most walkable big city in America, making it easy to get to shops, schools, medical facilities, and attractions by foot. You may not even need a car. Add in the prevalence of subway stations to which you can walk, and getting around the city is relatively easy, no matter where you live.

Public transportation is also a very accessible option in New York, which is often synonymous with the subway system. While buses are often considered a preferable way to get around, subway stations, especially in Manhattan, are usually no more than a 10 or 15 minute walk away.

Fares are usually less than $3, and you can purchase Metro Cards to simplify the ticket purchase process. As a result, many New Yorkers combine walking and public transportation (along with the omnipresent taxi) to satisfy all of their transportation needs within the city.

New Yorkers have an unfortunate reputation for being rude. However, this reputation may simply be an outgrowth of the city’s direct style of communication. The NYC culture is one of busyness, which causes many of its residents to eliminate small talk and polite chatter.

Expect your new friends, neighbors, train mates, and others to speak energetically, use hand gestures, respond in short, direct phrases, and be upfront and honest. This may be different from the more laid back San Diego approach, but once you get used to it, you may find many welcoming and kind New Yorkers with whom to connect. 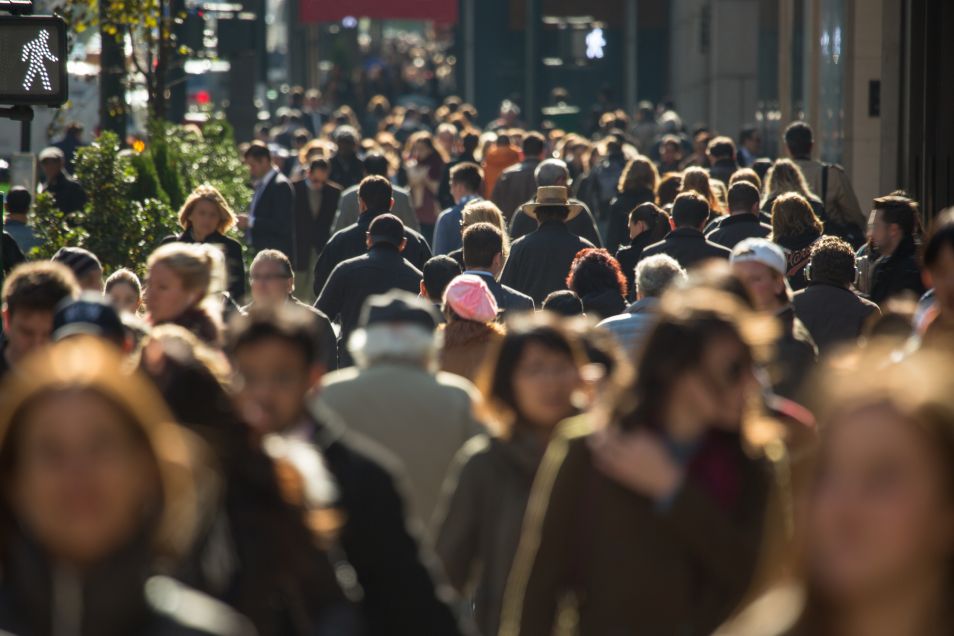 NYC is known as “The City That Never Sleeps” for a reason. The pace of life in the Big Apple is frenetic and energetic. People tend to walk quickly, walk up and down escalators instead of riding them, and expect slower-paced individuals to let those moving quickly get past easily.

This can be a culture shock if you are used to the more relaxed pace of San Diego – But preparing yourself ahead of time can help you catch up more quickly with New Yorkers’ fast and furious approach to life.

Pride in Their City

Another quality many New Yorkers possess is a distinctive pride in their city. The city residents are known for the strongly held opinion that their city is the best city. From taking pride in their diversity to embracing arts, culture, and fine cuisine, New Yorkers have strong opinions about their superiority in many categories. If you move to NYC From San Diego, you may soon notice yourself feeling that pride too.

With almost 9 million people crammed in just over 300 square miles of land, NYC is a densely populated city. And, with the never sleeps moniker, it is also always busy. Prepare to hear noise and encounter crowds at any time of the day or night.

From sidewalks to subways, this is a city that is always up to something and always ready to welcome you into any of the adventures that draw crowds to its streets.

As one of the preeminent immigration centers of the United States, and as the home of the famed Ellis Island, NYC has a legacy of embracing diversity.

Today, the city is a rich melting pot of cultures. More than 800 languages are spoken here. The cuisine is global. And while the city has ethnic neighborhoods such as Chinatown and Little Italy, it also blends cultures and religions throughout neighborhoods and boroughs. 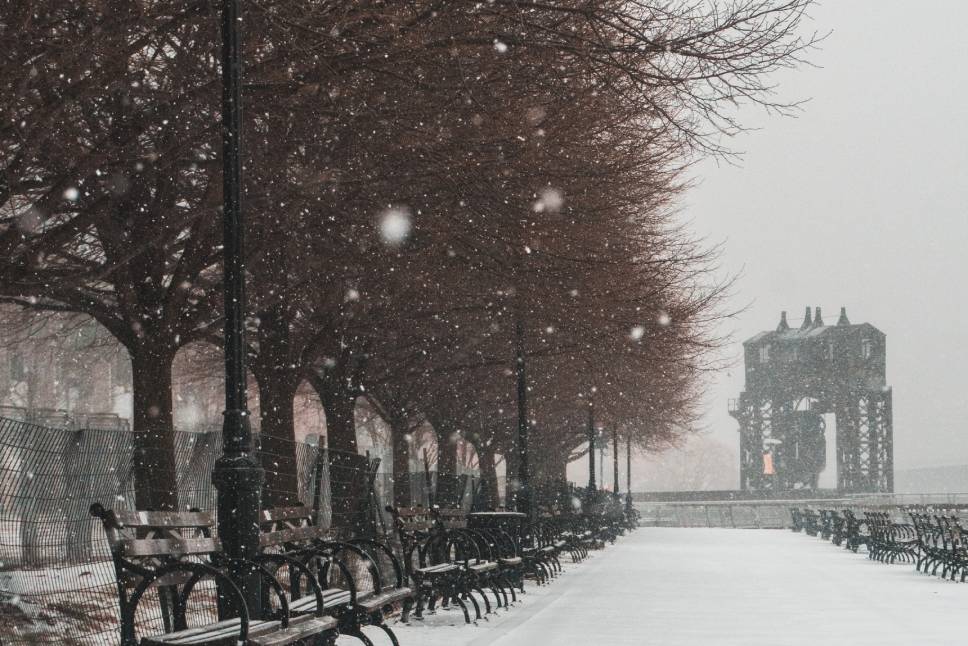 If you love the steady sunshine and reliable warmth of San Diego, you may be in for a surprise when you come to New York City. This northern locale boasts 5 distinct seasons, including a winter that is defined by freezing temperatures and snow.

The good news? You probably won’t have to drive in the snow since so much of NYC is accessible via walking and public transportation. And not much can best the warm summers, brilliant falls, and gentle springs.

New York City has sometimes earned a reputation as a crime-riddled city. However, today, it’s crime rates are largely in line with other major cities and most areas within its boroughs are safe.

The most common crime you may encounter is pickpocketing. You should also do your research before moving from San Diego to NYC. As with any city, some neighborhoods are safer than others. However with some research and common sense, you can live safely and confidently in the Big Apple.

When it’s time to make your NYC relocation, you will need a mover you can trust. With almost 15 years of experience, Oakley Relocation is the premier mover in the San Diego area. Let us help you achieve a move to New York with our full-service, women-owned, and dedicated services. Contact us today for a quote

View all Posts from this Blog